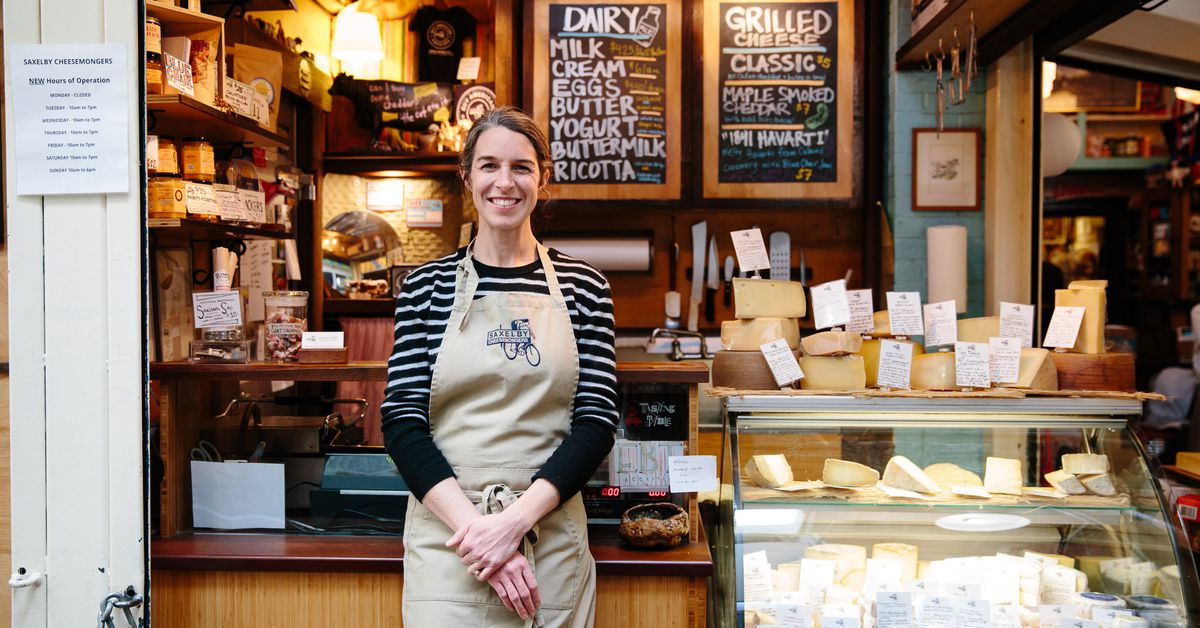 Anne Saxelby, the founder and co-owner of Saxelby Cheesemongers, has passed away at the age of 40. The New York Times first reported that Saxelby died on Saturday, October 9 and had an underlying heart condition.

Saxelby became a leading figure in the industry for championing artisan cheeses made in America — an ethos that set her apart from other shops when she opened in the Essex Street Market’s original location in 2006. At Saxelby Cheesemongers, she gave independent makers like Vermont’s Jasper Hill Farm a platform that helped catapult it to national success. In 2017, Saxelby expanded her Manhattan footprint with an additional location in Chelsea Market. Last year, she published an illustrated book with Ten Speed Press, The New Rules of Cheese: A Freewheelin’ and Informative Guide.

Saxelby had often been a leader for her industry. In 2020, she wrote an op-ed for Eater about the struggles of running a wholesale and retail cheese business without restaurants’ business during the pandemic. Bowery Boogie also reported that Saxelby was an advocate for the Essex Street Market’s fellow vendors.

Restaurants such as Saint Julivert and Emma’s Torch — as well as colleagues in the dairy industry — have flocked to Instagram with tributes to the late cheesemonger.

Even for restaurants where cheese was not the main focus, Saxelby helped define those menus. At Alex Raij and Eder Montero’s seafood destination in Cobble Hill, the restaurant posted on its Instagram account: “…I’ll champion you forever. The chicory salad @saintjulivertbk is great because you found me the perfect cheese with your contagious enthusiasm and your connoisseurship.”

In the wake of Saxelby’s death, Saxelby Cheesemongers will be led by her longtime business partner, Benoit Breal, according to the Times. In a 2020 interview with Grub Street, Saxelby mentioned her marriage to Heritage Foods’ Patrick Martins and that they had three children.