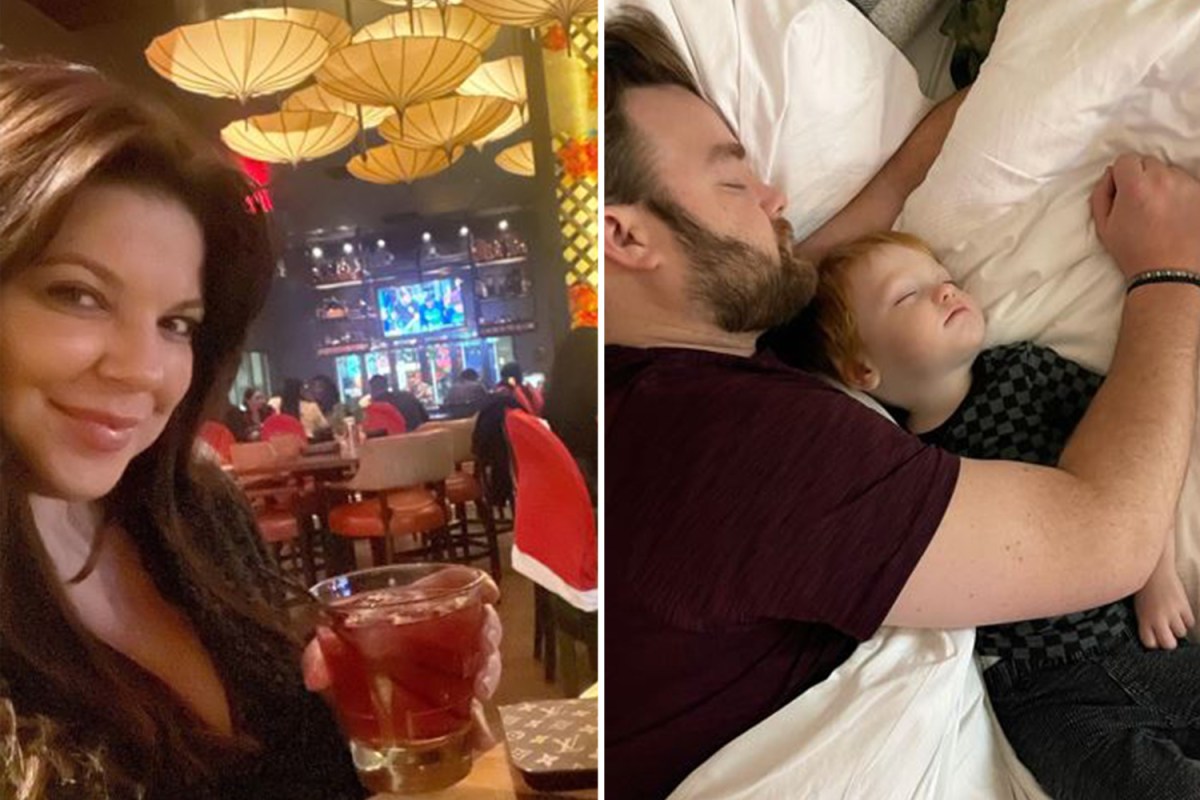 AMY Duggar has shared a series of sweet snaps from a weekend getaway with husband Dillon and their son Daxton.

The reality star is taking a much needed break after tension continues to rise between her and her famous family after her cousin Josh Duggar was found guilty in his child pornography trial.

Amy shared a collage of cute photos, which included her drinking a cocktail.

The 35-year-old also shared a cute pic of her husband and son sleeping next to each other.

The proud mum wrote next to the pictures: “It was nice getting away for a few days!

“Scroll to see how Daxxy travels- this kids is too cool. He earned his wings on this trip! #Atlanta”

Meanwhile, Amy continues to speak out about her famous family, sharing a cryptic quote this week saying ‘God is in control’ after cousin Josh Duggar was found guilty in his child pornography trial.

In full, the quote read: “My comfort comes from knowing God is in control, even in the chaos.”

She did not include any additional context, but has been speaking out about Josh, 33, since the trial began.

Amy hasn’t just spoken out against Josh, but rather in support of cousin Jana Duggar.

After Josh was found guilty in his child pornography trial, it came out that Jana had been charged with child endangerment.

Amy recently lashed out at Jana’s parents, Jim Bob and Michelle Duggar, accusing them of “taking advantage” of their eldest daughter.

She shared her thoughts on the matter on Twitter, sharing a rant about people who use older children as “built-in babysitters.”

Amy held nothing back in her rant.

She wrote: “I believe that if you are a parent you should watch your own children. It’s not right to always have someone else watching them for you.

“OK let me clear something up I’m not talking about loving good parents that work and provide for their families.

“I support that! Of course! I’m talking about people who rely on Aunt’s or friends or anyone that takes advantage of people. Just simply because they can.”

In another tweet, Amy continued: “Your kids even your older kids should not be your built-in babysitter. Your kids no matter what their age is should be able to live a normal adolescent life.

“Helping our every once in a while is great but if you’re gonna have that many kids then be responsible for them.”

Amy did not mention names specifically, but it’s worth noting that Jana, 31, has spent much of her childhood and now her adult life helping out with the younger Duggar kids.

She is the oldest unmarried Duggar and has taken on the role of babysitting friends children, as well as her siblings and her siblings’ children.

The charges against her came as a shock to fans.

Court papers show the former 19 Kids and Counting star was charged on September 10 and posted $430 bail after a child under her supervision wandered out of the house.

Under Arkansas law, the charges against Jana are either a “class A or B misdemeanor,” and can be accompanied by jail time or fines.

Although the charges were unexpected, Jana immediately supported her cousin.

“I bet you were exhausted, stressed, and just emotionally worn out.

“Watching multiple kids is hard! Bc there’s so many of them and you only have two eyes!!”

Amy’s post ended with: “It’s a very sad situation going on and my heart goes out to @janamduggar love you.”