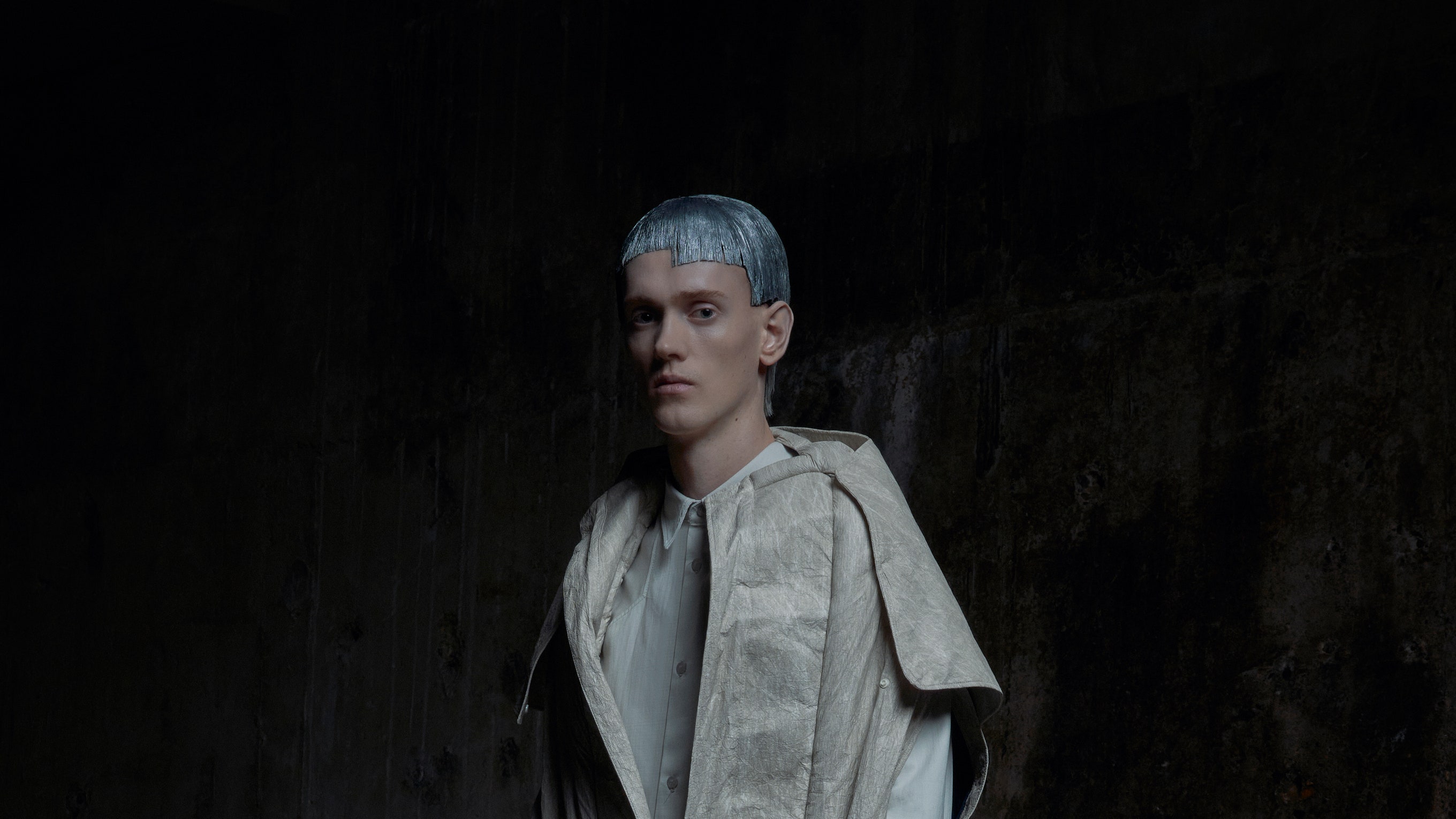 “The real thought behind this collection was not to over-analyze,” said Samuel Ross down a Zoom. In order to get into that zone, Ross switched up his usual design process of sketch to CAD in favor of molding clay and plaster into maquettes, which he then colored with inks. “I wanted to find a really full expression that you cannot necessarily find with a computer or a pair of scissors.”

This hyper-analog starting point emerged from his exhibition of marble and steel sculptural furniture at last December’s Art Basel Miami, which he added: “has definitely extended my creative process.” Ross applies to clothing metaphorical illustrations of the consequences of social physics—the force of weight and energy exchanged between centers of power and territories unempowered—to create garments that help loosen the wearer’s place in the world rather than confirm it. Literal-ish examples here included the shirred arc-leg trousers that he said reflected the load-bearing elasticity of lead, the marbelline finish on tactically pragmatic outerwear, and the pieces in overdyed canvas twill to which were applied a linear pattern rendered by compressing photographs of London, New York, Milan, and Tokyo.

The apiary-adjacent head shrouds were on a practical level Ross’s response to his frustration with daily mask wearing, and also a form of impactful subterfuge and category-evasion. As in other seasons, copper-wire edging within garments allowed the wearer to tweak his (or her) frame of fabric to their exact specifications. During our chat Ross said that his thoughts during the making of this collection had run from Classical civilization to the Renaissance to the contemporary Conservative government in the UK—an itinerary taking in two peaks and one trough. By keeping these tides of thought in the background as he sculpted this collection, however, Ross shaped a portfolio of clothing whose ideological inspiration seemed at the very most abstract. Its points of attraction, meanwhile, were manifestly concrete.