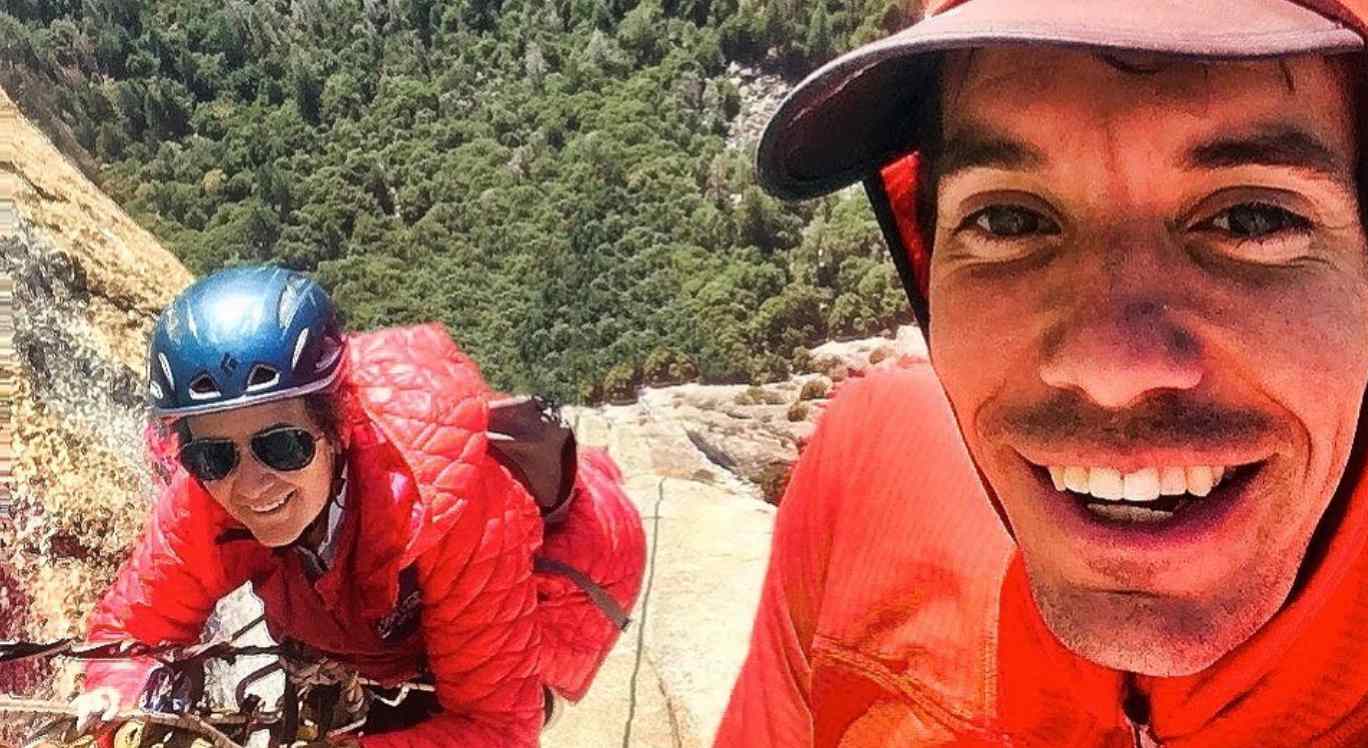 Many of us have heard of Alex Honnold, the daredevil climber who climbed El Capitan in Yosemite with little more than a T-shirt and hand chalk, but his mother just became the oldest woman to conquer the famous granite peak; she reached the top on September 23rd—the morning of her 70th birthday.

Dierdre Wolownick, the writer and language teacher, decided to take up climbing as a means to connect more deeply with her son, who made history in 2018 when he became the first man to climb El Capitan without ropes or safety equipment.

“Climbing El Cap at 70 takes its toll, physically, mentally, emotionally,” Wolownick writes in her blog. “I’m not ‘down’ yet. Not sure I ever will be, completely.”

In 2008, Honnold was home nursing an injury, which allowed him the time to accompany his mother on her first visit to the climbing gym Pipeworks in Sacramento. She completed 12 routes that first day with his help, but it was months before she had worked up the courage to return on her own.

Wolownick became committed to the sport, and began to meet friends and sharpen her skills. She scaled parts of Half Dome and Cathedral peak at a time when many people her age are thinking about retirement and slowing down. The writer would go on to publish a memoir of her experiences climbing with Alex called The Sharp End of Life: A Mother’s Story, referring to the climber at the sharp, or lead end of a route who essentially bears all the responsibility for guiding the route and securing the rope for the other climbers.

“As a mother, I marveled at this process of swapping leads. Parents and children often wind up changing roles in life, as they get older,” she writes in her book. “But never, I thought, is that transformation as obvious as when they climb together.”

“This year, on September 23, 10 friends and I set out in the dark, at 6am,” Wolonick writes in her blog. The first third of the route is a hike steep enough to require all-fours, grabbing boulders and trees and whatever else will hold your weight.

The second-third of the climb involves ascending fixed ropes using mechanical grips that slide upwards along the rope, and which require immense core strength to use, which Wolownick writes wore out pretty fast.

“The granite slabs that lead you up that last third stretch for what seems like miles. Impossible to protect with rope or any other way. Just walk steeply uphill, endlessly, grabbing whatever tiny edges you can find. But my foot no longer works the way it should (from a botched surgery), and the toes can’t grip,” she remembers.

“My head, though, was the worst offender. My writer’s imagination could see exactly what would happen if I stumbled…I’d roll down slab after slab, breaking parts of me at every bump of rock, until I reached the edge. Then I’d sail out over the Valley to plummet down 3,200 feet to the Valley floor.”

Yet despite the fear, the squad made it to the top, where champagne and cupcakes—much needed sugars, were produced to celebrate with views of the famous valley.

RELATED: A Vicar Overcomes His Vertigo To Climb 165-feet to the Top Of His Church Spire, Calling it ‘Exhilarating’

“It was really awe-inspiring to watch her and then to have her on top with all of us,” said McMackin, a friend of Dierdre’s to the LA Times. “There was a special look on everyone’s face. We knew where we were. We knew how awesome the moment truly was.”

INSPIRING Stories Should Soar; Help This One Travel Far by Sharing…