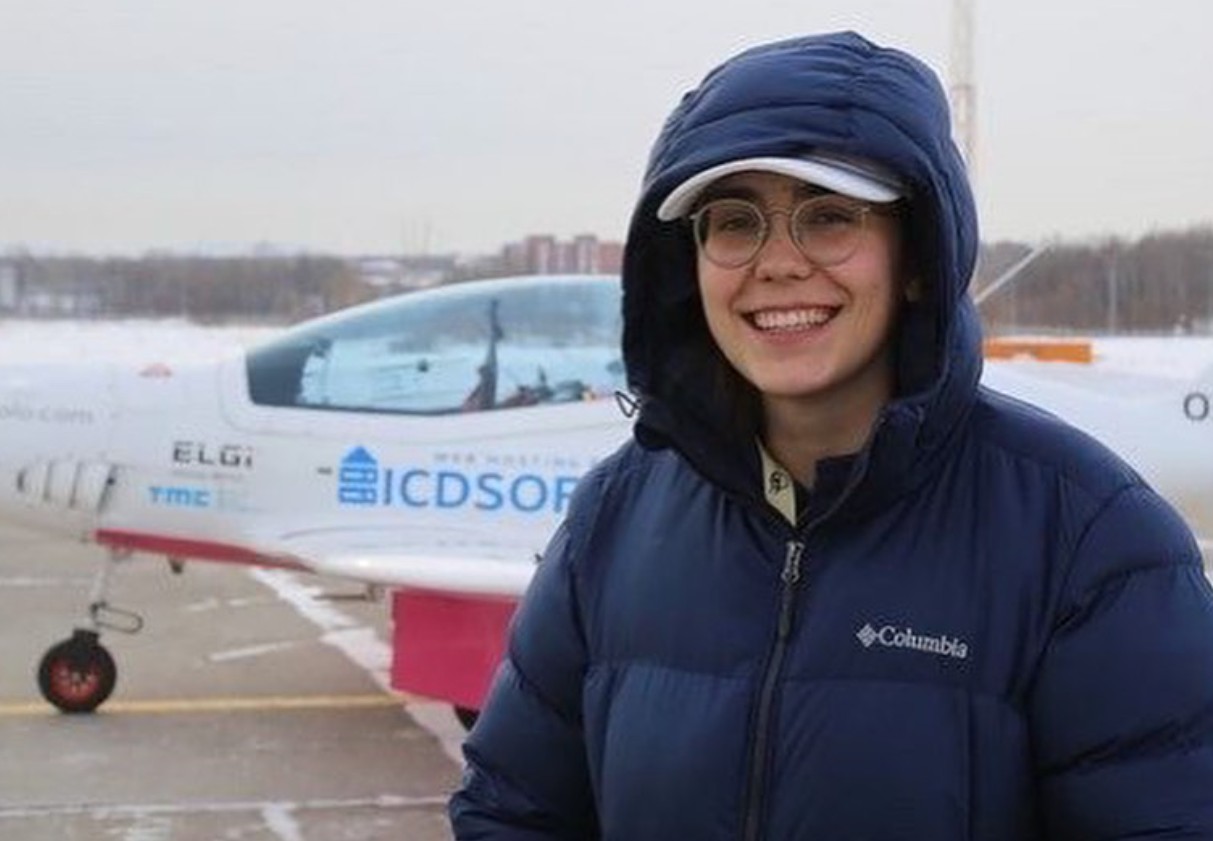 19-year-old Zara Rutherford has made a grab bag of records after completing a 32,000 mile (52,000km) circumnavigation of the Earth.

Landing at Kortrijk-Wevelgem Airport in western Belgium on Thursday, she became the youngest woman, and first Belgian to fly solo around the world—as well as the first person ever to do it in an ultralight aircraft. It took her 155 days.

The previous youngest-ever woman to accomplish the celebrated feat of aviation was American Shaesta Waiz, who also founded a non-profit called Dreams Soar which Rutherford was supporting on her long journey. A funny twist of fate saw the two globe trekkers united on a stopover.

Rutherford made the 41-country crossing to inspire more women and girls into entering other STEM fields, but obviously and particularly aviation. Remarking on how only 5.1% of pilots are women, she described the occupation to CNN last year as “a career where you basically get paid to travel around the world.”

It wasn’t all smooth sailing for the 160-mph ultralight aircraft, and both extreme weather and visa difficulties took their tool on the plane and the pilot. Originally planned for three months and 52 countries, the route had to be changed due to unscheduled landings such as to avoid wildfires in California, and a denial for crossing permission over China.

“I would say the hardest part was definitely flying over Siberia—it was extremely cold. It was minus 35 degrees Celsius on the ground,” Rutherford said during a press conference on Thursday.

“If the engine were to stall, I’d be hours away from rescue and I don’t know how long I could have survived for.”

MORE: Rookie Lifeguard Faced With Saving a Kangaroo From Rough Surf in Her First Ever Rescue

Rutherford was piloting the carbon fiber and epoxy Shark Aero, one of the fastest ultralight aircraft in the world—built by specialists and modified for the rigors of circumnavigation.

(WATCH the video reel from Zara below.)