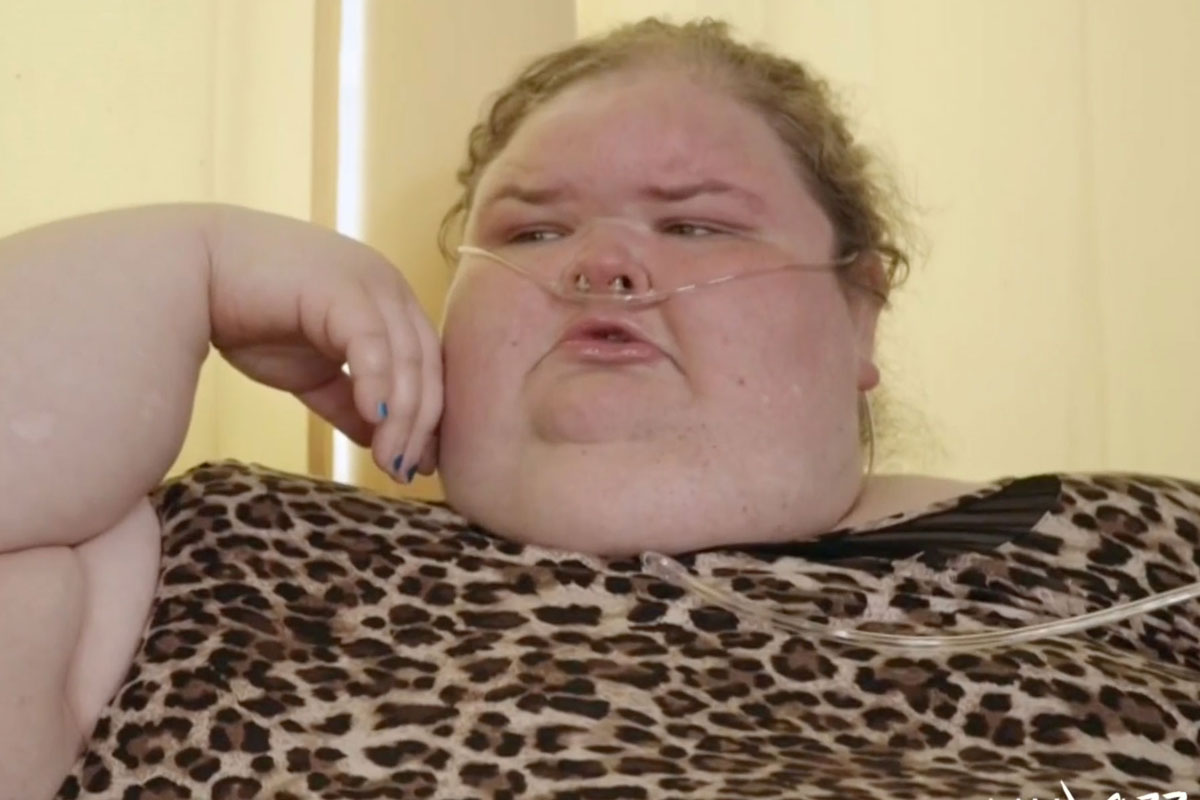 1,000-LB Sisters star Tammy Slaton broke down in tears as she revealed if she’s engaged to boyfriend Phillip.

During the latest episode of 1,000-lb Sisters, Tammy’s family members asked if she is engaged to Phillip after they became Instagram official.

After her family members confronted her over rumors they heard that she’s engaged, Tammy shut down the speculation.

She said: “That’s the kind of news you would want to know.”

Tammy added she wouldn’t get engaged without telling her family, stating: “I would come to you and f**king tell you.”

In a confessional, Tammy slammed her family members for not “believing” in her.

She said: “It would be nice for someone to take my side every now and then.”

The conversation became even more emotional when she family said her new relationship will get in the way of her weight loss journey.

Tammy said through tears: “They’re always f**king yelling at me for something.

“Every time I come here they always f**king yell at me for something.

“Why can’t I just be f**king happy for once? Why does it always gotta come to this?

“You’re always making me feel bad because I want happiness.”

Tammy opened up about their relationship status just one episode after fans were introduced to Phillip on the reality show.

On the previous episode of 1,000-lb Sisters, Tammy discussed her new relationship with Phillip.

On his Instagram page, Phillip makes no secret about his love for heavy women, declaring “the bigger the better” and explaining he is after women over 300lb, or above a clothing size 24.

In a preview clip for the new episode, Tammy admits her new lover has a certain persona on the internet, but says it doesn’t define who he is.

She said: “So he likes big girls. He’s just a supporter. And he knows very well that I’m on a weight loss journey. And he’s okay with it.

“He’s all for me losing weight and getting healthier.”

However, he doesn’t want her to loos too much weight.

The couple met months ago on social media.

They appear to be serious, as he called Tammy his soulmate on his personal Instagram page.

He’s also teased the possibility of a proposing in the future, which Tammy said she’d be happy about.

“Phillip and I are together. That’s my man. I’m his woman,” she said.

“I can see a long life with Phillip. Even though we just met, it feels like I’ve known him forever.”

Tammy’s new relationship began not long after her former beau Jerry Sykes broke up with her after she came out as pansexual on a recent episode.

But that wasn’t the only startling revelation, as it was also revealed that Jerry was married while dating Tammy, who was well aware of his status.